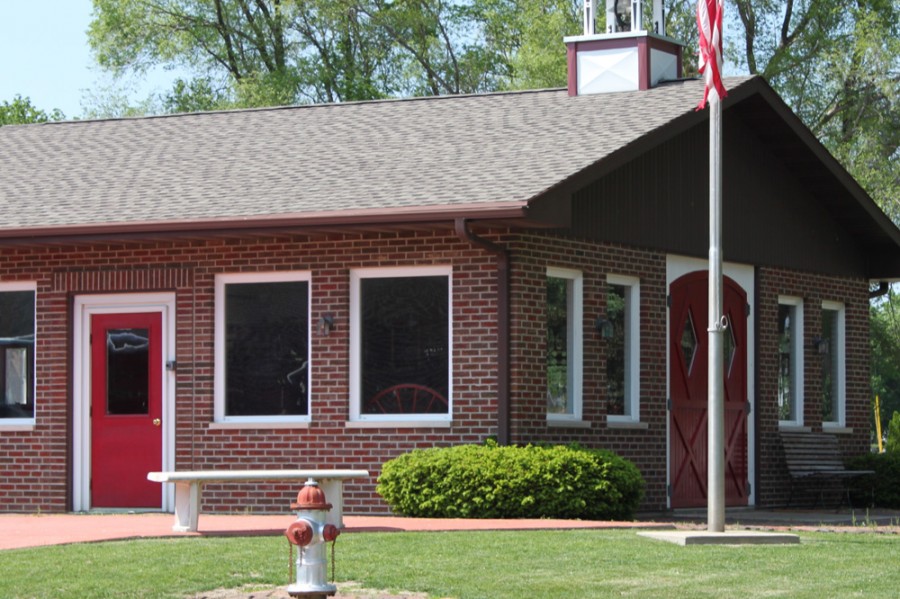 The first piece of fire equipment that Rochelle owned was a hand drawn hose cart which was drawn by four men. It was eventually sold to 20th Century Fox for $35 in 1935 to be used in the movies. Next purchased by the City was a 1912 American LaFrance chemical fire truck and the two pieces resided for a time in the town hall. In 1924 a second American LaFrance was bought and is the fire truck that has been restored and whose home is in the Fire Station Museum behind the fire station on Main street. If one happens to come by during the evening hours there is a button on the south side of the Museum that can be pushed to turn the lights on and view “Gertie”, which was Rochelle’s first water pumper.