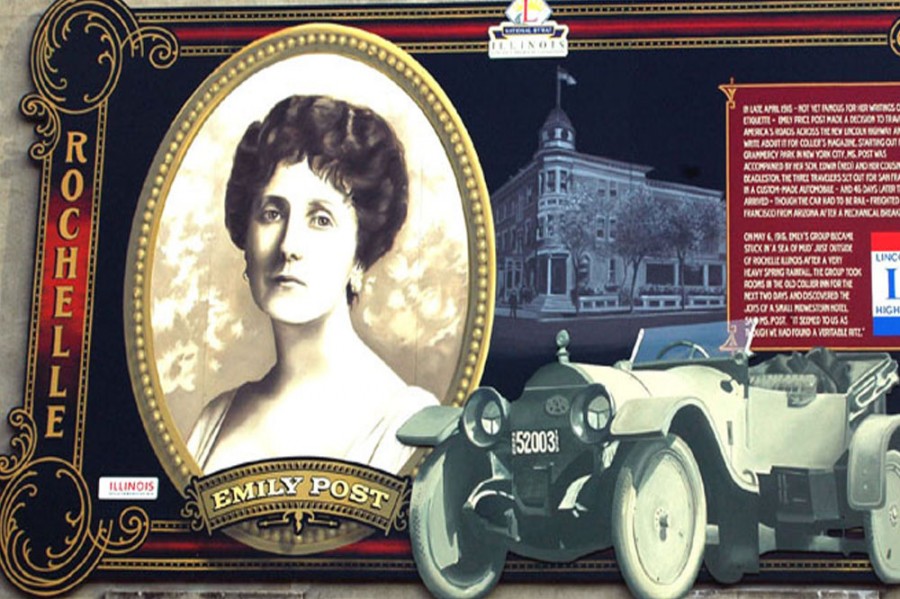 Emily Post, before she became widely known as an author of etiquette books, traveled the newly formed Lincoln Highway in 1915. During her travels she became stuck in the mud in Rochelle and spent 3 days in Rochelle at the Collier Hotel. At that time the Lincoln Highway was America’s only coast-to- coast highway. The 10’ x 20’ mural was unveiled on Memorial Day, May 28, 2007.