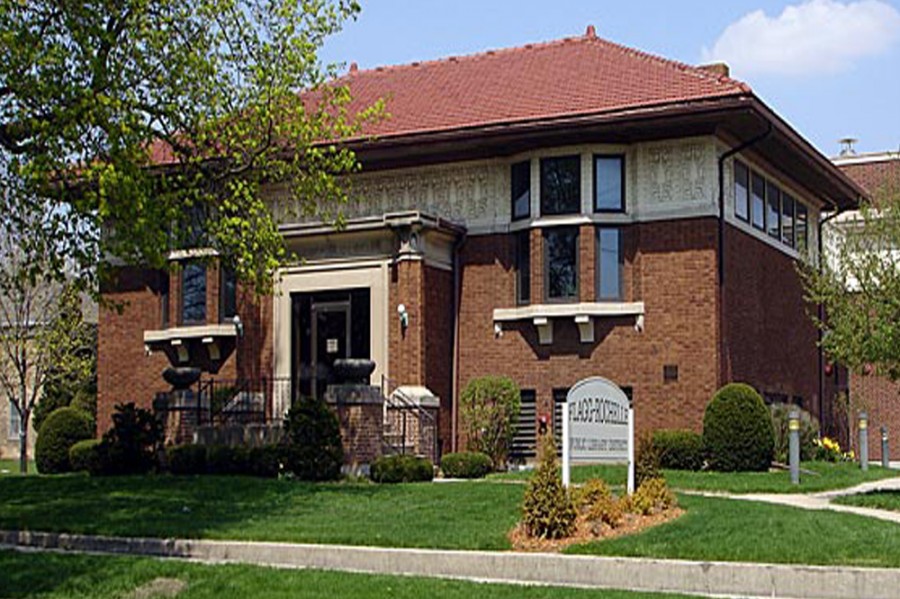 Andrew Carnegie’s first library was built in the town of his birth, Dunfermline, Scotland, on July 27, 1881. This was the beginning of the construction of a total of 2,811 buildings of which 1,946 were erected in the United States. Not wanting to have his name on the buildings, they were commonly recognized by sun rays over the text of the words, “LET THERE BE LIGHT.” The Flagg Township Public Library has the words ‘19 TOWNSHIP PUBLIC LIBRARY 12 ‘ over the original main entrance, was built in 1912, and paid for with Carnegie funds. In 1973 the building was placed on the National Registry of Historic Places by the Department of the Interior. This plaque is located on the south side of the library. The library was expanded in 1988 to its present size with the help of federal funds.