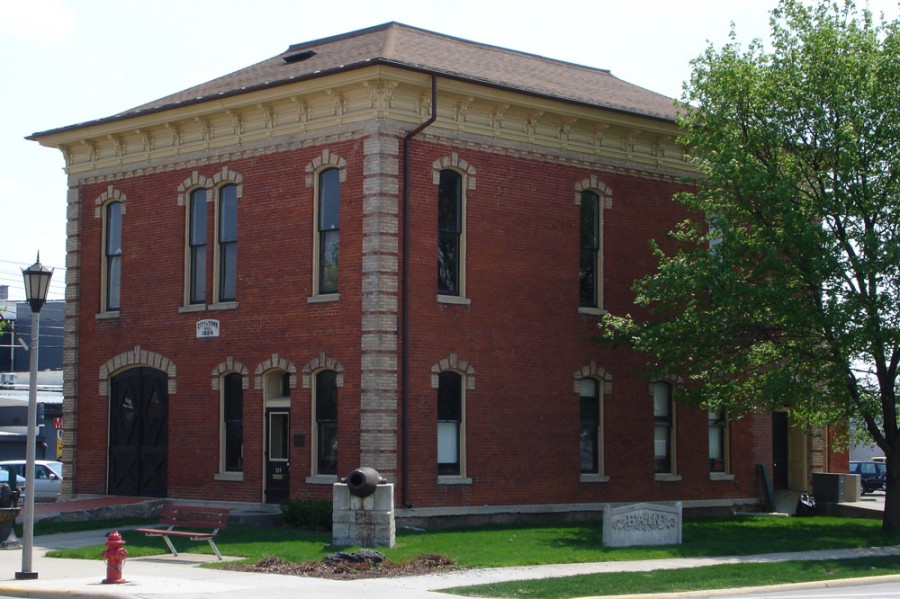 The town hall that almost wasn’t. Even though the land was purchased in 1869 for the grand sum of $2,000 the actual building wasn’t built until 1884. In 1866 Flagg Township voted a township tax of $3,000 for the purpose of building a town hall with the understanding that the City of Rochelle would pay $3,000 as part of its share of the cost and the building would be jointly used by both parties. In 1884 both parties came to an agreement and a local contractor built the building for $6,200. The building was almost demolished in 1968 for additional city parking. Fortunately in 1968 the Flagg Township Historical Society was created with one of its main goals being the preservation of the old brick and limestone building. On June 1, 1971 the historical society obtained the building. It since then has been the home of the museum and the resting place for artifacts of Rochelle’s colorful history. The only existing Partin-Palmer resides there which was produced in Rochelle on the site of the old locomotive factory. This car along with other items are on display for the public